All of Seraphine's Abilities in League of Legends

Seraphine, the Starry-Eyed Songstress, is League of Legends' newest champion. She is a low-difficulty mage who plays as both a support and mid-laner. Here's everything you need to know about Seraphine's full set of abilities, from her Passive to her Ultimate: 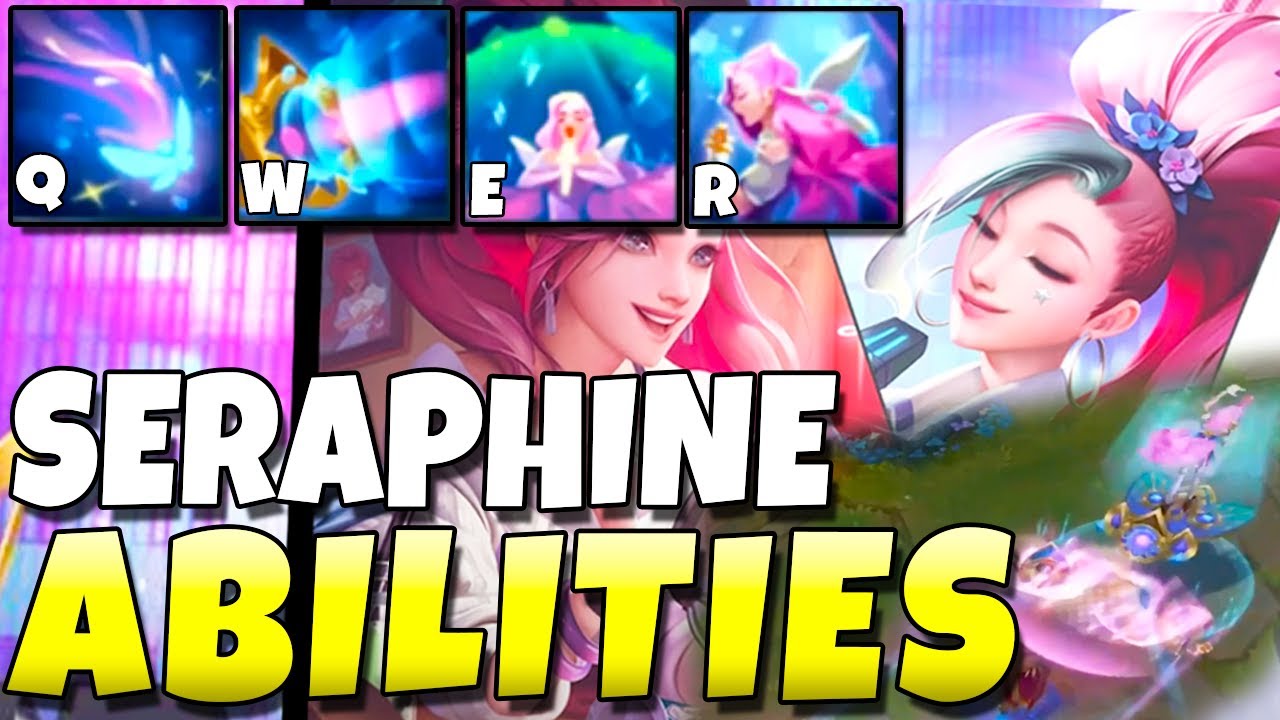 Passive - Stage Presence: Every third basic ability Seraphine casts will echo, automatically casting a second time. Additionally, whenever she casts an ability nearby an ally, she will create a Note. Each Note gives her basic attacks more attack range and deals additional magic damage, consuming the Note.

W - Surround Sound: Seraphine surrounds her nearby allies in a song, granting herself and her allies movement speed and a shield. If Seraphine is already shielded, she can heal her nearby allies, restoring health based on how many allies are near her.

E - Beat Drop: Seraphine unleashes a heavy soundwave, dealing magic damage to enemies in a line and slowing them. Enemies that are already slowed are rooted, and already rooted enemies are stunned.

The standard Rune page for Seraphine as a Support includes Resolve as the first branch, with Guardian, Shield Bash, Second Win, and Revitalize keystones. The second branch is Inspiration, with Biscuit Delivery, Cosmic Insight, Adaptive Force (x2), and Magic Resist as the keystones. For Mid lane, players can go with this build or opt for a Sorcery build with Aery and Manaflow Band for her first Rune branch.

For more League of Legends guides and buy lol wild rift accounts, please visit LoLMobileAccounts.com. You can also check out all of our previous coverage of the popular MOBA video game right here.