Dr. Mundo rework comes in as League of Legends' 24th reworked character. The new rendition of the character was released along with League of Legends Patch 11.12 on 9th June 2021. However, what new skills does it bring? Here's a first look at reworked Dr. Mundo's new ability kit and how to use them in League of Legends. 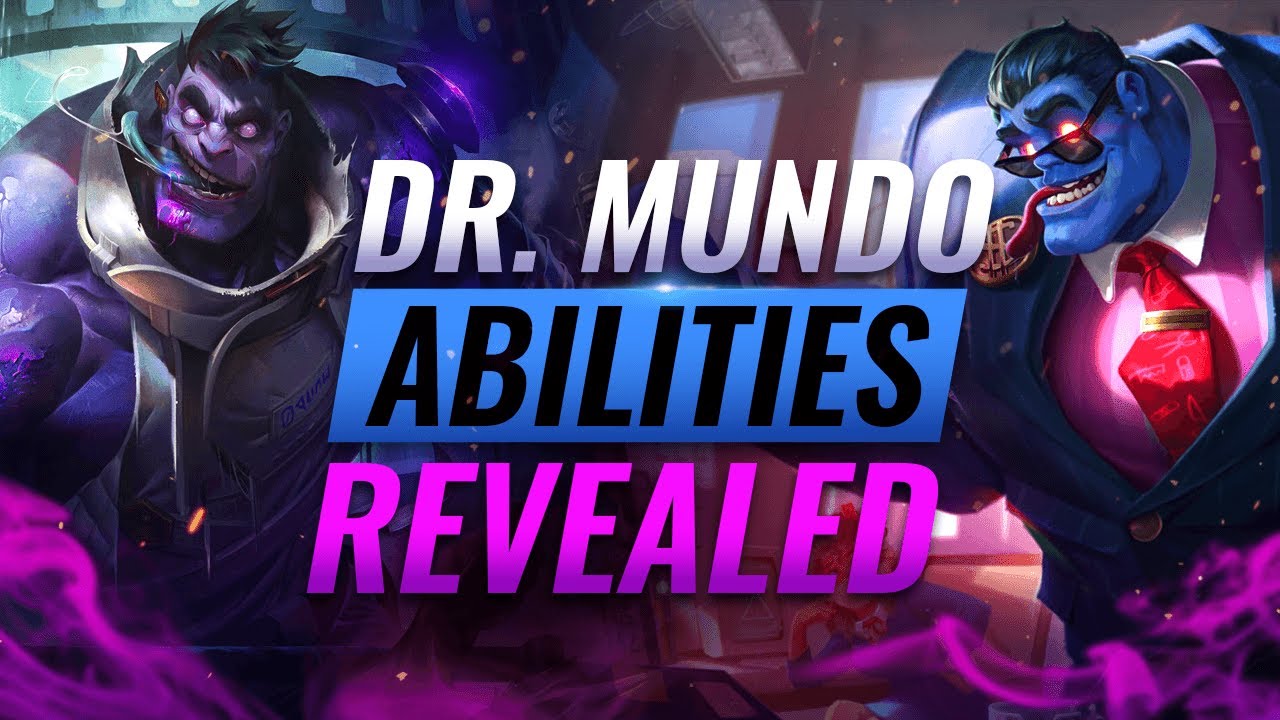 Passive: Goes Where He Pleases

• Dr. Mundo resists the next immobilizing effect that hits him. Instead, he loses current health and drops a chemical canister nearby. Dr. Mundo can pick it up by walking over it, restoring a portion of his max health, and reducing the passive's cooldown. Enemies moving over the canister destroy it.

• Dr. Mundo also has increased health regeneration based on his maximum health.

• Dr. Mundo throws an infected bone saw, dealing magic damage to the first enemy hit based on their current health. The enemy will also be slowed.

• Dr. Mundo electrocutes himself for a few seconds, dealing persistent magic damage to nearby enemies and storing a portion of damage he takes as grey health. At the end of the duration, Dr. Mundo deals a burst of magic damage to nearby enemies and heals his grey health if an enemy is hit (heal reduced if only minions or monsters are hit). Dr. Mundo can recast Heart Zapper to end its effects early.

• Active: Dr. Mundo slams his "medical" bag into an enemy, dealing physical damage based on his missing health. If the enemy dies, they are swatted away, dealing this ability's minimum damage to enemies they pass through.

• Passive: Dr. Mundo has bonus attack damage, increasing based on his missing health.

• Dr. Mundo pumps himself with chemicals, instantly healing a perfect of his missing health. He then heals a portion of his maximum health of long duration, gaining bonus movement speed and attack damage while healing.