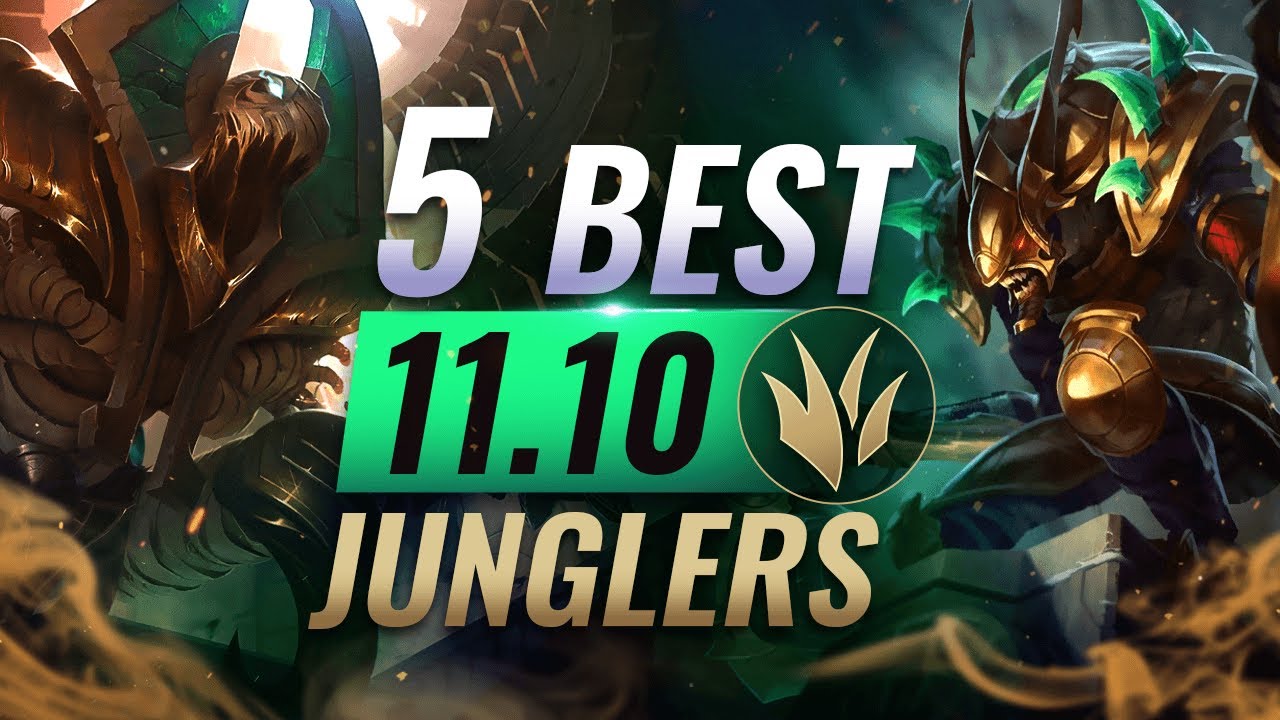 AD Eclipse Xin Zhao is an absolute monster coming out of the jungle. Not only he's a strong duelist but, he can also tank a decent amount of damage for his team in team fights. Build Eclipse, Sterak's Gage, and Guardian Angel, and you will win any jungle duel in LoL Patch 11.10.

Since her recent changes in the jungle Morgana has become one of the best junglers in the game. Land a single Q, and any gank is a success when playing Morgana. She can also protect herself or her teammates with her black shield. The added damage to monsters from her W gives her one of the fastest clear speeds in the game, and when you clear your jungle quickly, you get scuttle first, which means you have prior in all the lanes to take any neutral objective. Her control makes her the best jungler in LoL Patch 11.10.

Kha'Zix is still one of the best assassin junglers in the game. His entire kit is based around sneaking up on enemies and killing them in an instant. There's nothing more frightening than a Kha'Zix showing up in the lane behind you, and it's something that happens to me every time I'm in the lane by myself. Kha is strong throughout the game, and while he does fall off a bit in the very late game, he never becomes "weak." With Kha'Zix, there's no way to play other than aggressively. Duskblade on Kha is still a cheat code to success in 11.10.

Fiddlesticks is one of the best junglers in the game. Where he shines the most is through his gank potential. Fiddle can show up behind the enemy and serve them a death sentence with no issue. He's also great for securing objectives, and he's no slouch in a team fight either. He has great clear speed, which makes him a very strong jungler in Patch 11.10, and his ultimate is game-changing when used right.

Udyr is an all-around beast in the jungle. He's a classic all-rounder, so for those seeking to be the generalist option for their team, Udyr is the right decision. While an aggressive playstyle is needed for continued success, his abilities are suited for dominating the early game and snagging kills. He's the most picked jungler in pro play and still has an outstanding win rate.

Who do you think is the best junglers in League of Legends? Please let us know! Next, we'll be releasing more guides and giving you some tips on how to play LoL. Of course, most importantly, we'll be selling cheap LoL WR Account to all players and guarantee you to enjoy fast and high-quality services!