In this LoL tier list, we'll show you the best champions for each lane. Today, we will look at the mid-lane.

In League of Legends, the mid lane is the perfect place for the flashiest players to showcase their mechanical skill and individual talent. Simultaneously, mid laners are also often regarded as the best players in the team.

Below we've put together a guide that will take a look at the five best mid laners you can play right now in League of Legends Patch 11.10. 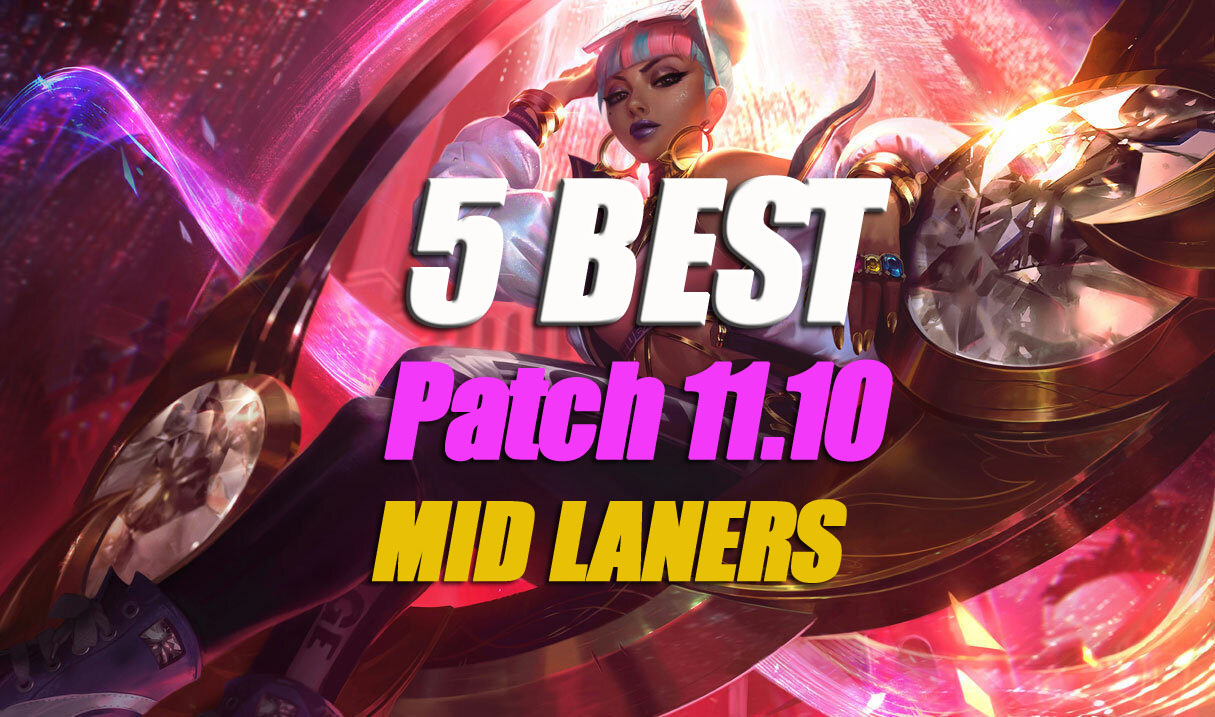 Qiyana is the best AD Assassin in the game.

Since her buff a few patches ago, this champion has been rampaging through the rift. Since the Seeker's Armguard nerf, without the armor to stand up to her, she's been decimating any laner who stands in front of her. She can carry any team to victory.

Once Qiyana hits level 3, she can take over any game all on her own. She has insane burst damage, and she can get two Q's off in the blink of an eye. And let's not forget about her game-changing ultimate, which can win just about any team fight, especially if they're around Baron or Elder.

Ever since her mini-rework that swapped her dash from the ult to a regular ability, Diana has been one of the strongest solo queue mid laners.

She deals huge chunks of damage, and enemy champions can't deal with her output. Although she got a nerf to her attack speed, it's peanuts compared to the amount of damage she dishes out at once.

She's also a fairly linear champion in her trading and playstyle, but within that, there is a lot of room to experiment and learn some deep tricks. She can easily play as a team fighter, secondary diver, skirmisher, or split pusher, depending on your preference.

Annie, "The Dark Child" of the game, is one of the best mid-lane picks in the ongoing League of Legends season.

She has everything we love about mid laners, a stun, tons of burst damage, and can even send her bear, tibbers, out there to do the dirty work for her.

She does huge damage, and her ultimate ability has major burst potential. Combined with the fact that she's fairly easy to pick up, this champion will be a no-brainer for you to climb into high ELO with.

Her assassin nature is excellent against the current meta, and she's just generally strong in any situation. She dominates lanes, kills anyone within it, and can swing a team fight easily. Her ultimate is deadly late game, making her one of very few assassins that can actually do anything late other than pick off enemies.

This versatility makes her an essential part of any team she's on and someone that must be respected. Katarina is aggressive and can kill anyone in seconds, making her the best mid laner in LoL.

Vladimir has been on top since the Hextech Rocketbelt buff, and that'll continue in 11.10.

Combine omnivamp, his abilities that already life steal, and some busted AP items, and then you get a champion that in the right hands is nearly invincible.

You will always benefit from Vladimir's ability to stay healthy in the lane for a long time. Not only is he able to heal himself and drain the enemy's blood, but he can also deal great magic damage. You can always count on Vladimir.

Who is your favorite mid-lane champion to climb? You can share your feedback directly in the comments below to help us improve our guide. In addition to that, you can also buy LoL Wild Rift Accounts through our website, low price, safe and fast!