The Easiest Champions to Play in LoL: Wild Rift 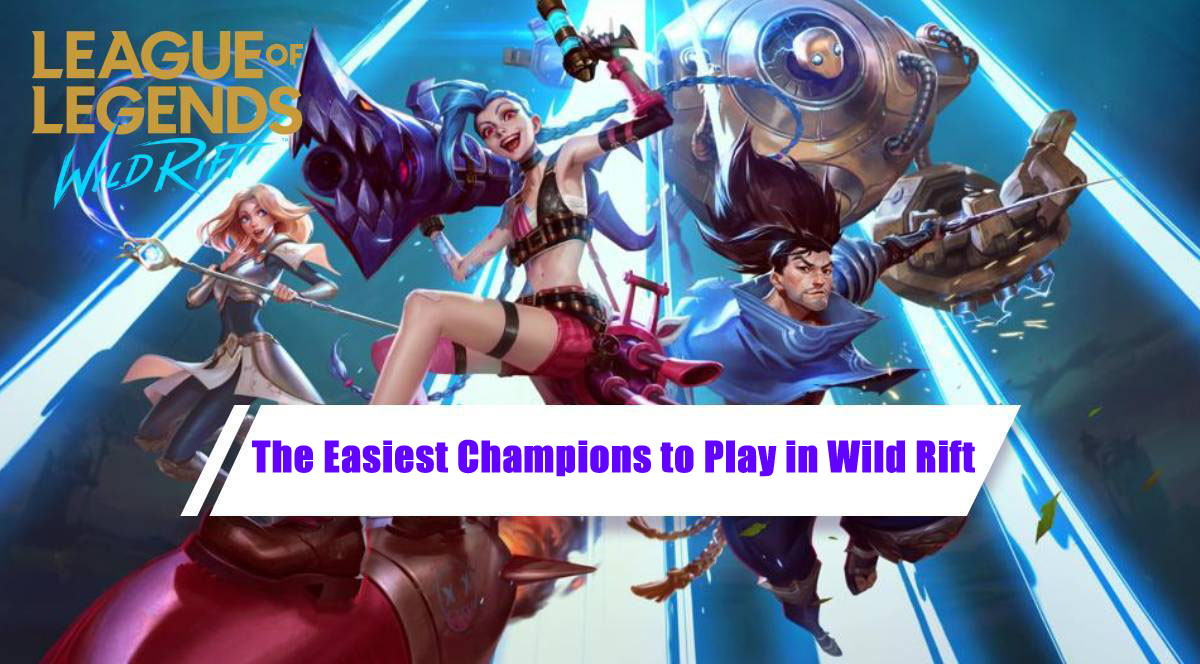 One of the strongest champions in Wild Rift, Garen is the perfect tank choice for your team.

His core abilities match up well against every melee champion in Wild Rift making trading in lane impossible against him. Garen can have issues early against ranged opponents, but later in the game and once he has acquired a tank build, closing the distance and taking out enemies becomes extremely easy.

When built correctly, Garen becomes a goliath with an excellent health pool as well as the ability to deal out damage when necessary. With Garen's passive, Perseverance, he can quickly regenerate health while out of combat and be ready to hop back into the action.

Right now, Garen is one of the best tanks picks in the game with an incredibly low difficulty to play.

Master Yi is one of the strongest champions in Wild Rift. He is both incredibly simple to play and perfect for Wild Rift's changes.

With his immense speed and healing abilities, Master Yi can often do multiple jungles clears and ganks without needing to return to base. Once he gets his ultimate ability Yi is a dueling machine. His alpha strike makes him untargetable and without enough point and click CC on the squad, it's very hard to pin him down and take him out.

One of the easier jungle champions to play, Master Yi is a great pick for new players.

Arguably the most powerful marksman in Wild Rift, Jinx is an excellent champion for both early and late in the game.

She starts off the game with a decent amount of agency and keeps ramping up in power as the match goes on. She is the very definition of the word "hyper-carry" and takes over the game once she gets to snowballing in the later stages.

With her versatile kit, Jinx is capable of dueling close-range enemies or picking her shots from a distance. Given the smaller map size and a faster pace in Wild Rift, Jinx is perfect to quickly wear down her enemies using rockets, forcing them to back away under the tower or even recall. On top of her power, Jinx is reasonably easy to learn and her kit is straightforward.

For newer players or those struggling with the role, Jinx is the perfect ADC to pick in Wild Rift.

Not only the most powerful, but also the most enjoyable to play support in the game, Blitzcrank is an easy pick for new players.

Given the smaller Rift, Blitzcrank's pull can quickly secure kills early in the lane and give his team a strong start. Once Blitzcrank reaches the late game, his build makes him difficult to kill with the surprisingly high damage output of his own.

While you still need the ability to connect with your pull, for the most part, playing Blitzcrank is easy and the perfect support champion for a player of any level.

One of the factors that allow Annie to be our champion for mid-lane is the fact that she does not rely on the player to hit skill-shots as much as some of the other mid laners do. Most of her abilities are targeted or "point and click" which enables Annie to be one of the easiest champions to master in Wild Rift.

Farming minions and trading against your enemy laner are easy to pull off with Annie, not to mention the absurd amounts of damage she has in her locker.

The only skill shot Annie has to land is her ultimate ability, which will spawn a massive, burning bear that will absolutely tear up anything in its path. Her damage output is really high as well, making her a perfect choice for those looking to leave destruction in her wake.

For more about the Wild Rift champion guide, please visit lolmobileaccounts.com. Most importantly, it sells cheap lol mobile accounts with safe and fast!