Who are the Champions with the Best Lore in League of Legends? 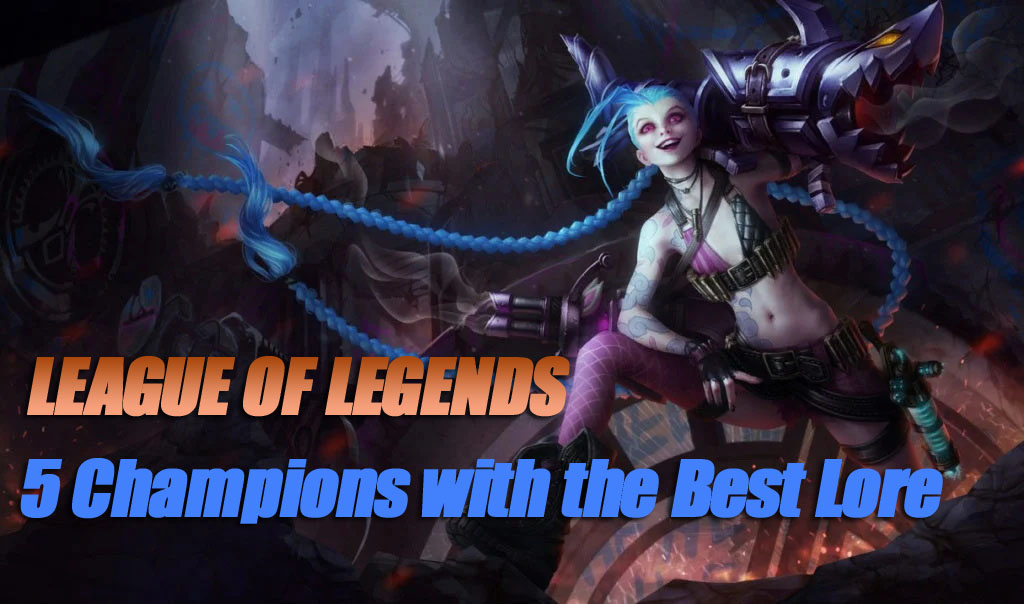 Fiddlesticks is a living demon that harvests upon the fear of its enemies. With no true form, the demon instead possesses the embodiment of a scarecrow, waiting in the Demacian fields to terrorize any unfortunate souls to cross its path. According to Riot's official lore for Fiddlesticks, the demon is "an entity so utterly alien that it defies almost all contemporary knowledge of magic."

Braum, the hero of the Freljord. Braum was known throughout the Freljord region for his more simplistic heroic deeds during his younger years, including saving children from icy ravines and defending adventurers from monsters. But as his legend grew, Braum became more of a mythical figure—a folk legend within the region of the Freljord. Legend has it that Braum still carries the vault door with him to this day, using it as a shield to protect the Freljord from threats.

Jinx, the deranged, explosives-loving terrorist from Piltover. Jinx would showcase her unbound innovation by pulling "pranks" on the people of Piltover. These pranks ranged from harmless displays of explosive activity to full-blown acts of violence. She has become an increasingly active threat with each prank and is still being chased by Piltover's main crime-stoppers, Vi and Caitlyn, to this day.

During the golden age of the Shuriman empire several thousand years ago, Azir was seeking to ascend into godhood. But at his greatest moment of triumph, the Shuriman emperor was murdered by one of his closest advisors, a mage by the name of Xerath. So now, in the present day, Azir has been reborn as a demigod looking to reclaim the days of his empire's former glory.

Ivern, the carefree friend to all critters of the forest, wasn't always a cheery half-tree, half-man. Long ago, Ivern the Cruel was a ruthless warrior of the Freljord. But when Ivern reached the source of the forest's magic, a voice from deep within the forest taught him several lessons of compassion and restraint as the once-driven warrior became one with the forest around him.

The above are five of the best lore and stories created by Riot. Also, make sure to follow LoLMobileAccounts.com for more LoL news and analysis.