The Champions of any competition determines whether or not you will succeed in combat, and the same goes for the League of Legends Wild Rift. However, how to unlock champions in Wild Rift fast? It goes without saying that this process can be quite confusing to the uninitiated, so we've put together a guide that will help you to know how to unlock Champions quickly in League of Legends Wild Rift. 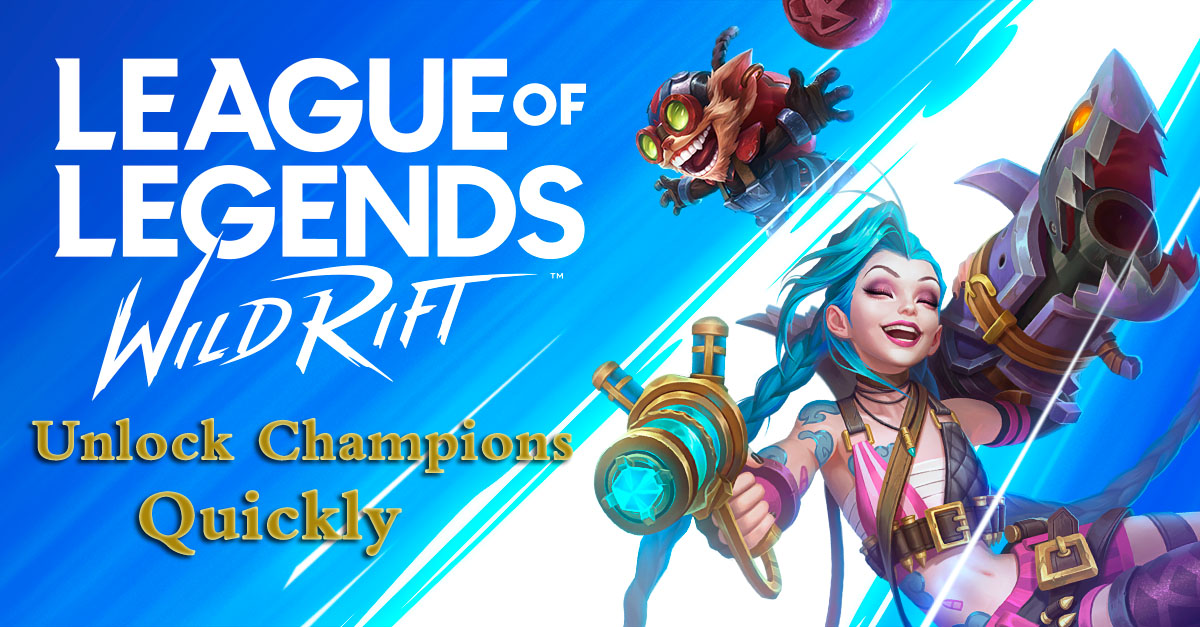 What are Blue Motes?

Blue Motes are an in-game currency in League of Legends: Wild Rift. They are used to purchase locked Champions from the shop for 5,500 Blue Motes each. The best way to earn Blue Motes is to keep grinding. But various modes have different amounts of reward after winning.

How to farm Blue Motes and unlock Champions Fast?

As mentioned above, you will need to acquire 5500 Blue Motes for acquiring a new Champion. However, this can be a lengthy process, earning 15 Blue Motes and 60 XP per ~25 minutes spent in a match is a minuscule amount. If you do the math, you'd need to grind 367 matches just to unlock a character! Thankfully, here are some things you can do to speed up your grind. You can unlock champions fast by the following methods:

There are a total of nine (9) tutorials and each net you 200 Blue Motes and loads of XP.

If you expand your activities tab, it shows the reward you get for attaining a certain level. You stop obtaining free Champions at level 10 and gain 1,475 Blue Motes for each level after until level 14.

Open Weekly Chests to obtain Blue Motes, Poro Coins, and XP. You can do so by completing daily and weekly missions shown in your activities tab.

4). By participating in the Wild Rift Academy Event

This event contains missions to be completed on time. The missions reset every day make sure you complete it before it expires.

Complete the assigned missions for a specific Champions of your choice and earn K/DA Swag and any one of the five champions. (Akali, Evelyn, Ahri, Kai'sa, Seraphine).

It has a basic requirement of playing a set amount of games. Rewards vary from free Champions to Skins, which saves you Blue Motes and Wild Cores.

7). Take note of rewards sent to your inventory or "Vault"

They may include XP boosts or better yet, Champion chests. If you do get chests, try not to spend them on the ten free Champions the game eventually gives you.

Acquiring a Champion that you already have automatically converts them to 2,700 Blue Motes or half the cost to unlock one.

Except unlocking champions by collecting Blue Motes or Wild Cores, you can also obtain them by purchasing. If you lack LOL Mobile Currency, you can go to https://lolmobileaccounts.com/lol-mobile-accounts for help, and most importantly, there also sells LOL Mobile accounts, cheap, safe, fast, 24/7!