Wild Rift: How to Play as a Jungler?

One of the most interesting and challenging roles you can play in League of Legends: Wild Rift is that of the Jungler, but it's not an easy role to grasp. Therefore, our guide will mainly introduce what is a Jungler, how to play as a Jungler, and the best Junglers in Wild Rift. 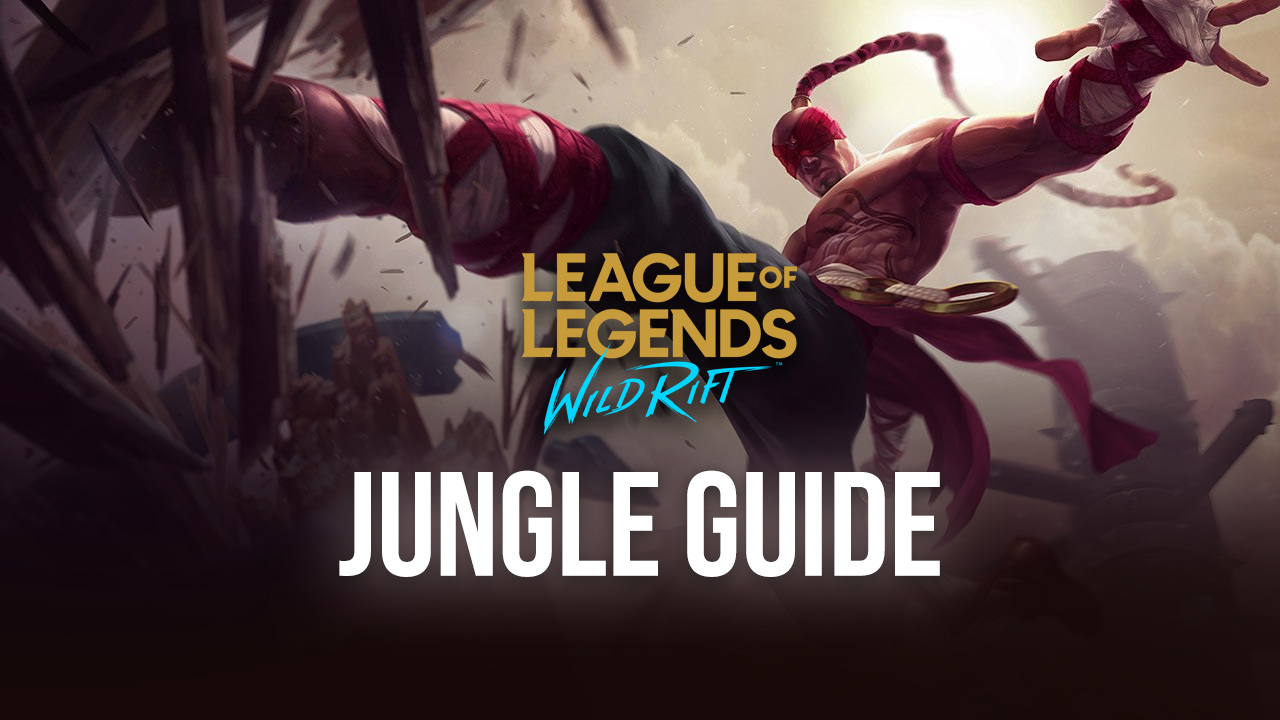 What is a Jungler?

The Jungler is a champion role that they can be assassins, fighters, or tanks. It will gather gold and experience in the jungle area, where they will need to defeat neutral monster camps to catch up with their other Laners. It also carries out other roles, such as securing elemental dragons, the Rift Herald, Baron Nashor, and globally providing support to their teammates.

The Jungler is also one of the more proactive members of the team. They try to add pressure to other teammate's lanes by trying to successfully launch surprise attacks called Ganks, which aim to help their allied Laners secure kills.

The role of Junglers

1). Ganking other lanes, and helping them out in various ways (pushing minions, getting player kills, taking tower plates).

3). Contesting map objectives (which means trying to stop the enemy team from doing such objectives, or even stealing them with Smite).

4). Providing utility, damage, engage, peel, or anything else the team might need.

5). Occasionally granting Mid Laners or bot Laners Red/Blue buff (at least that's what it would be like, in ideal scenarios).

How to jungle efficiently in Wild Rift?

1). You want to first make sure that you have a champion that will have a good enough synergy with the rest of the team.

2). Minion-wise, you never want to fall behind in EXP, even if you spend a lot of time ganking. To do this, make sure you secure plenty of minions in due time.

3). Additionally, you can even invade the enemy jungle and take their camp, setting them behind.

4). Junglers should be able to make important decisions for the team, such as starting a Drake, taking objectives on the opposite side of the map than where the enemy is, and such.

How to position as a Jungler?

Oftentimes, enemies will back away at just the sight of an additional player on the team (the power in numbers rule). So, you don't always have to engage. But when you do, make sure that your team is there to follow. Of course, that applies to engage Junglers like Jarvan IV, Gragas, and Lee Sin.

Junglers that need another teammate to engage (like Graves pretty much) will do best if they just follow up with damage and some utility from their kit.

So, always keep in mind what type of champion you play, and if you're a damage dealer, don't go in front, even if you have the power in numbers. You might end up dead before your teammate can do anything.

However, if you have the ability to engage, make sure there is a way out, or you know you'll get something good in return if you die. If you engage without having any plan in mind, you might end up losing the team fight and possibly bigger objectives, like Baron.

What to build as a Jungler?

1). The main item you need to buy is the jungle item. Junglers have the summoner skill Smite, which allows them to buy jungle-specific items that can help them, clear minions, faster, and provide additional benefits (Blue Smite, Red Smite).

2). Other than the mandatory jungle item, you want to build anything that will benefit yourself or the team, depending on the champion you play. Some Junglers could even buy supporting items, to further boost their teammates!

1). These would be some ideal beginner-friendly Junglers:

2). These would be some mid-tier difficulty Junglers:

3). These would be the least beginner-friendly Junglers in Wild Rift:

The Best Junglers in League of Legends: Wild Rift

Now if you're looking for some of the best overall Junglers currently released, I would argue that the following champions can really impact the map in major ways (Baron and Drake steal, powerful ganks, crowd control, etc):

Please read this guide carefully and some of its suggestions before diving head-first into the jungle. Also, remember to check out other of our League of Legends: Wild Rift articles, where we also share how to level up fast in Wild Rift.