Wild Rift Nemesis Duel: How to Activate, Champions, and Rewards

The developers added a new mechanic called Nemesis Duel in League of Legends: Wild Rift, and here's everything you need to know about it. 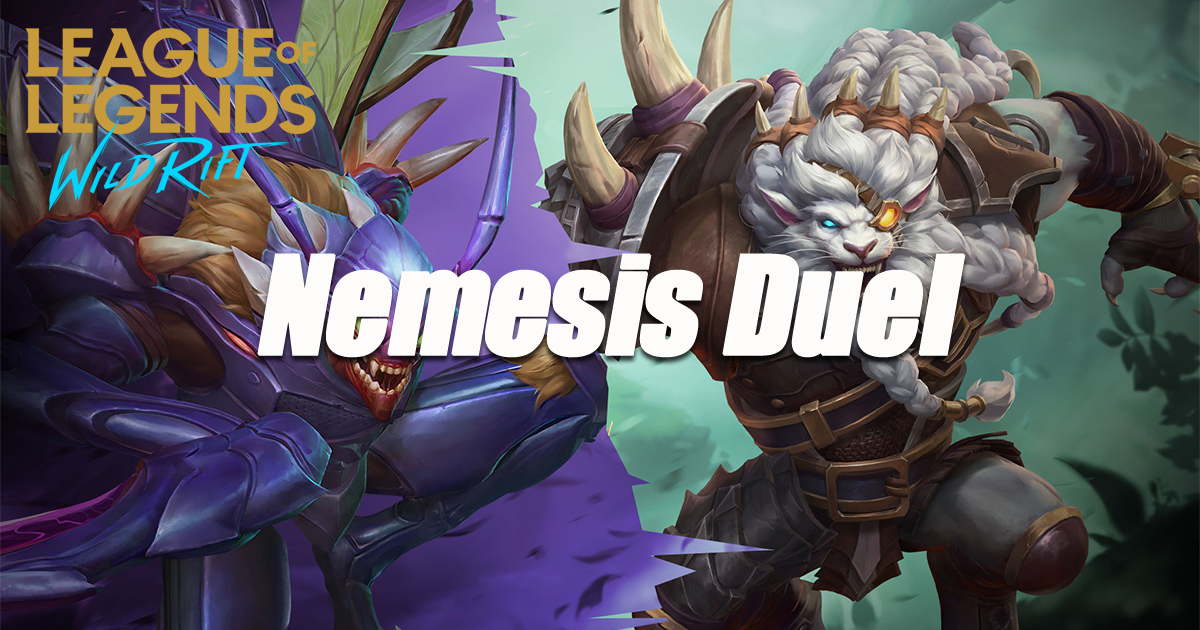 What is the Nemesis Duel Mechanic?

The Nemesis Duel is a unique mechanic involving two Champions who have a long-standing rivalry, with rewards and bragging rights on the line.

Currently, only Rengar and Kha'Zix can enter a Nemesis duel. Riot said that it might feature with more champions in the future.

How to activate Nemesis Duel in Wild Rift?

Here are the factors to consider that may activate Nemesis Duel:

Once the requirements are achieved, an in-game notification will be displayed to inform the players that "the hunt is on!".

How does it end?

Victory goes to whichever champion deals damage to the other within three seconds of the defeated champion's death. You don't need to score the kill, but you must have directly contributed!

Rewards of the Nemesis Duel

The rewards will depend on the champion who wins the duel. The rewards are as follows:

That's all you need to know about the Nemesis Duel mechanic in Wild Rift. For more updates regarding the upcoming content in LoL WR, please check out https://lolmobileaccounts.com/lol-mobile-accounts.