Best Ultimate Abilities in League of Legends to Date 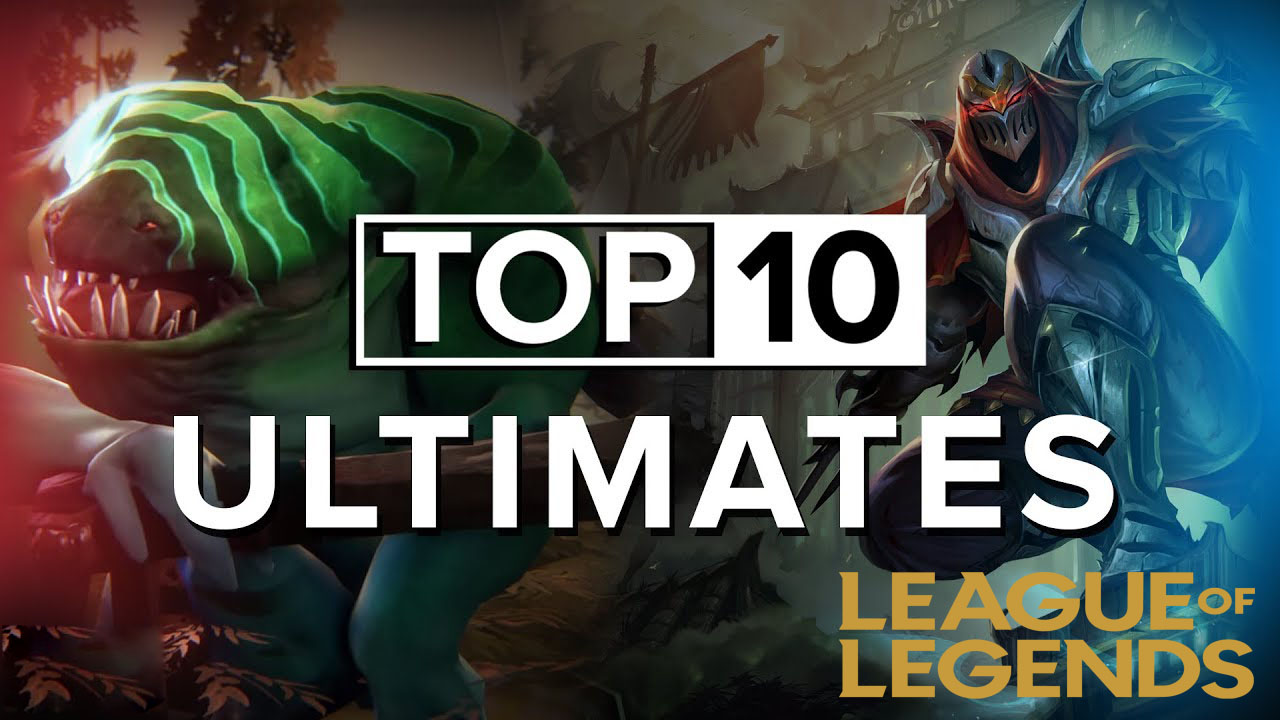 Orianna's Shockwave is without a doubt the strongest ultimate ability in the game. This shouldn't be a surprise at all since many of the biggest turnarounds in League of Legends have happened because of her ultimate – Shockwave. Shockwave is such an infamous spell in this game that every player respects it, no matter what.

This ultimately pulls every enemy champion in the range of Orianna's ball towards it, damaging them insanely much! It might not be the most impressive spell at level 6, but since Orianna is a scaling champion, her ultimate grows with power as the minute's tick and tick away. So what makes Shockwave such a great ultimate ability is its potential to influence the team fight and the game itself.

Most importantly, it is so good because of its incredibly short cooldown late game, going all the way down to an 80-second timer (not accounting for built ability haste).

Lee Sin is one of the most iconic champions in League Of Legends, both competitively and in the ranked solo queue environment. His R – Dragon's Rage is perhaps the most complex ability in the entire game. When Lee Sin came out, people were first using his ultimate only to damage the enemy champions. Then the inSec become popular, so Lee Sin's final blow was used to deliver enemy champions into your own team so that they would finish them off. And lastly, the "Flash+Kick" technique spread around, and Lee Sin mains began kicking people in every direction they wanted.

Needless to say, many more Lee Sin moves require his ultimate. And there are a hundred different things that make Dragon's Rage the best ultimate in League of Legends! If executed properly, Dragon's Rage, which is essentially a knockback that does a tremendous amount of damage, can be one of the most game-changing ultimate abilities in the game, opening up several playmaking opportunities for Lee Sin.

Another best support champion in "League of Legends: Wild Rift" is the starry-eyed songstress Seraphine. As a mage, she uses her High Notes to deal AoE or area of effect damage. The champions features Surround Sound ability that offers a momentary shield to nearby allies and heals them. Among her unique spells, Encore and Beat Drop allow Seraphine to slow enemies down, enabling her to help junglers each time they drop by the bot lane for a gank.

Her ultimate, Encore, is arguably one of the strongest abilities in the game currently. Seraphine fires a line skill shot, dealing solid damage and charming targets that get hit. If the ability hits an enemy or ally, the range extends and can keep extending to an absurd length. It's like Sona's Crescendo, but better in every single way. Much like how Seraphine is just Sona, but better.

Lillia is a relative newcomer to League Of Legends; however, she has an enormous impact on the professional play because of her incredible kit, which utilizes high base damages, AOE clear, and an extremely impactful ultimate ability.

Lilia's ultimate ability is called Lilting Lullaby. It puts targets near Lilia affected by Dream Dust to sleep for a duration after increasingly slowing them. When damaged, the targets will receive extra magic damage and wake up. With these abilities, it's easier to see her as a strong jungle champion with decent crowd control and Area of Affect abilities. She could also be a decent mid-lane champion with true damage poke and bonus magic damage. She seems to only be a melee champion, which would leave her open to enemy-ranged attacks.

Nocturne's Paranoia is one of the best ultimate abilities in the game because of its impact on team fights and making picks on enemy champions. Upon activating his ultimate, the enemy team's vision is turned off, and minimap indicators vanish, producing a pseudo-blind making it very difficult to maneuver in team fights.

Nocturne's Paranoia is also incredible because it does very high base damage and becomes almost a global ultimate as he gains levels in the mid to late game. His ultimate enables him to be an efficient split push champion and an incredible team fighting champion as well.

While Twisted Fate's ultimate isn't exactly "global," the fact that he is a Mid Lane champion and in the center of the map can pretty much get exactly where he needs to go. Destiny allows Twisted Fate to teleport to a location he selects within the abilities range, increasing the ability up.

But what makes Twisted Fate's ultimate OP is that he can teleport next to the revealed enemy champions (or wherever he likes). Usually, this wouldn't be so scary, but when you understand the TF always comes with a gold card ready, you begin to see what we mean. The 2-seconds stun effect provides a "free kill" for his team, and it's almost impossible to miss. And not to mention that you don't know when or where Twisted Fate will arrive.

Global ultimate abilities are undoubtedly some of the strongest in League Of Legends, and Shen's is no exception.

Shen's Stand United puts a large shield on an allied champion anywhere on the map, and after a few seconds, teleports to them.

Shen's ultimate is great for turning fights around, helping engage team fights, or simply shielding an allied champion that needs some help. When combined with the rest of his kit, it makes him a force to be reckoned with all across the map.

The third strongest ultimate in the game belongs to the resident Pirate King himself, Gangplank. His new ultimate still has that global AoE, now with upgrades like true damage in the center of the circle, more volleys, and movespeed increase for teammates; however, what makes him incredibly strong is his ultimate ability, Cannon Barrage.

Cannon Barrage is great for initiation (no matter where you are on the map), follow-up, or zone control in certain chokepoints near the jungle. More importantly, it helps you land your barrel combos much easier, which is where most of Gangplank's damage comes from. In the early/mid-game, you can see ult minion waves and champions near towers to relieve map pressure.

Teemo's Ultimate is less of an ultimate and more of a fourth spell. Even so, its low cooldown, great functions, and general annoyance give this community joke of a spell some great actual use, if used properly.

Noxious Trap is an ability that allows Teemo to place mushrooms that grant vision, damaging and slowing enemies over time that are unlucky enough to step on them.

What puts Ivern's kit over the top is his ultimate ability, Daisy!, that summons his "sentinel ally" to pursue auto-attack and knock up enemy champions. No frontline in the team comp? That's fine -- Daisy! Can provide that by spawning in with a staggering 3750 max health + 50% AP at its final rank.

Daisy can crowd control opponents, have Ivern's shield applied to it, and do unexpected damage. While Daisy doesn't provide the upfront, wombo-combo that other champion's ultimate abilities provide, a solid Ivern pilot can make the game extremely tough through the clever utilization of his ultimate ability, Daisy!

These are the 10 best ultimate abilities in League of Legends so far. Of course, there are likely to be more outstanding champions as the game progresses, so stay tuned to lolmobileaccounts.com for more updates, guides, tips and more.

Best ultimates in League of Legends Related News And Guides