No matter the season or the meta, the role of the AD Carries in League of Legends has held on to its title of being one of the most important positions in the game. And today's list will feature some of the best AD carries to play right now in League of Legends Patch 11.10. 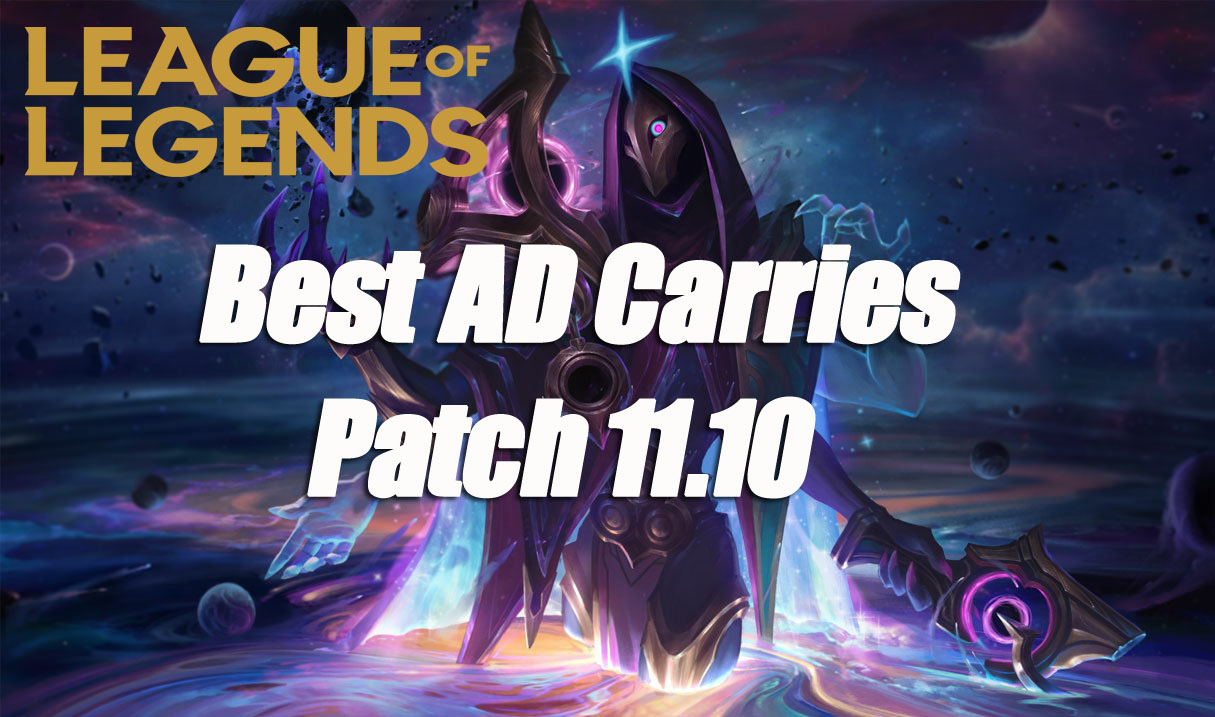 Jinx will remain one of the best AD carries in the game.

She has a lot to offer, including scaling attack speed, a slow, stun and an ult which deals high amounts of damage. When playing Jinx, it's best to build Critical Chance, Critical Damage, and Attack Speed.

With her Passive Ability, Jinx also gains a movement speed boost after collecting a kill or assist, making her one of the best ADC Champions with a win rate of 50.77%.

Her strong kit, combined with the fact that she's quite fun to play, makes her one of the most popular solo queues ADC picks right now.

Caitlyn takes the top spot as the Best ADC Champion in League of Legends, as she has the highest win rate.

She's able to pin down enemies with her traps and deal big damage with her ultimate. With the right support pairing, she's a nightmare in the bot lane.

The attack range makes it very easy to hit minions last and at the same time poke your opponent because nobody can get to you. Additionally, you have a dash that slows down enemies and lets you escape over walls.

Caitlyn is easy to play but has incredible potential, making her one of the strongest ADC's in the game.

An ADC who has quite a high skill cap is Jhin.

Jhin, the Virtuoso, is a character oozing with style and theme with every attack. Playing Jhin is a different experience from other Marksman due to his passive. Jhin has an ammo system, and each fourth shot is a guaranteed critical strike that deals bonus damage. In Wild Rift, Jhin is still very reliable. He provides both high late-game DPS and solid utility.

Players that pick up this champion must be prepared because your performance as Jhin will be entirely dependent on whether you're able to hit skill shots. But if you can, no one will be able to stand up to you.

Next is Kog'Maw, who is a long-time favorite.

Kog'Maw becomes very strong once reaching level 6, as the ultimate ability will allow you to deal large amounts of damage to enemies who are far away. You'll also be relying on attack speed, as having Runaan's Hurricane is when Kog'Maw really excels.

Kog'Maw got a few tweaks last patch that has helped him moving into 11.10. Thanks to the mana reduction on his E, his harassment is at an all-time high. Kog'Maw is now a bully in the bot lane and moving forward, and this will be the case in 11.10.

Samira players dominate matchups once they hit their power spikes, and in 11.10, it'll be more of the same.

Having both a melee weapon and a ranged weapon makes for an AD carry with plenty of survivability. On top of that, Samira's ultimate ability has no cooldown. This gives her an advantage during midgame as she can use this AOE ability as long as she has enough mana and low-health targets. Additionally, Blade Whirl provides a lot of protection from enemy missiles (many ADCs rely on).

A moderately difficult choice is Samira. She has a 50%+ win rate and is a good choice for those who have a good enough handle on the game to get kills and not get killed too much.

The above are our top five ADC for League's Patch 11.10. Also, read more League of Legends news and for more guides, click https://lolmobileaccounts.com/lol-mobile-accounts. Most importantly, you can get cheap LoL Mobile Accounts here and enjoy fast and safe service.