The best top laners are the ones that after losing a matchup can stop the adversary from snowballing or are able to use their own leads to extend the lead of the team in League of Legends. But who are the best top laners who can truly impact a match to the point of winning or losing?

Here's our list of the best top laners in League of Legends Patch 11.10. 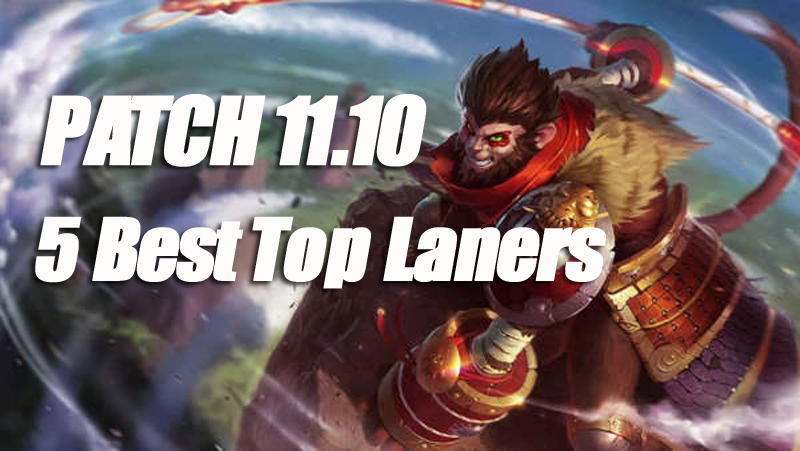 If you're looking for the ultimate killer in the top lane, then look no further than Camile.

Since the Trinity Force buff, Camille has seen a lot more action on the Rift. The bonus AD from her Threefold Strike and Spellblade helps her flat out obliterate squishy enemies.

She has everything in her kit to make her the perfect killer on the rift. She is hard to take down thanks to the sustain in her W, and she can get out of sticky situations with her E. Not to mention all the bonus damage she deals.

Rumble reclaims a spot on the list because of his overwhelmingly oppressive early game.

The benefits he receives while overheating are still extremely powerful, thanks to his gaining attack speed and completely offset the damage he received.

Because of how Rumble works, he's one of the most aggressive top laners out there. With a ton of sustain, a good amount of tankiness, and the ability to deal massive amounts of damage, he can effectively be one of your team's carries.

Shen has always been most at home in the top lane.

He has one of the highest win rates in the top lane, and thanks to his ultimate scaling with his shield, he doesn't fall off in the late game like previous builds of the character.

His ultimate is perhaps the biggest selling point, as the ability to have an additional teleport while giving allies nearly half their health in shields is a remarkable ability that can counter nearly every assassination attempt from your opponents. Shen adds a huge amount of bulk to your team and has enough smaller attacks not to feel too bland.

Wukong has been strong for a while now, and this remains true as a top laner.

The Monkey King dominates his opponents during the laning phase and in team fights thanks to his excellent Crushing Blow damage and Cyclone crowd control. He wants to throw his enemies off and deal a lot of damage, which lines up well with his clone ability.

Wukong's clones can be frustrating to deal with if used correctly. You'll want to play aggressively in the early game, getting practice using the clones to get maximum damage. Make sure to get familiar with how his other abilities interact with his clones; otherwise, you won't do as well.

Cho'Gath returns as one of the best champions in the top lane and continues to reclaim the spot he's held for the postseason.

Cho'Gath is tanky and can take quite a bit of damage while also throwing out his cc abilities left and right. His passive lets him heal up whenever he kills an enemy, minions included, which gives him great sustain in the lane as well.

Even more dangerous is his ultimate, which can deal large amounts of True Damage to foes while raising his health on kills. Cho'Gath is one of those champions that you don't want to let snowball, or else he'll be too much for you or your teammates to handle.

Next, we will continue to update the best Mid Laners, AD Carries, Supports, Jungles, and other guides in League of Legends, so please stay tuned to LoLMobileAccounts.com.