Who are the Best Supports in League of Legends Patch 11.10?

In the previous League of Legends guide, we showed you the best Top Laners, Mid Laners, and AD Carries in Patch 11.10. Today, we'll look at who are the best Supports. 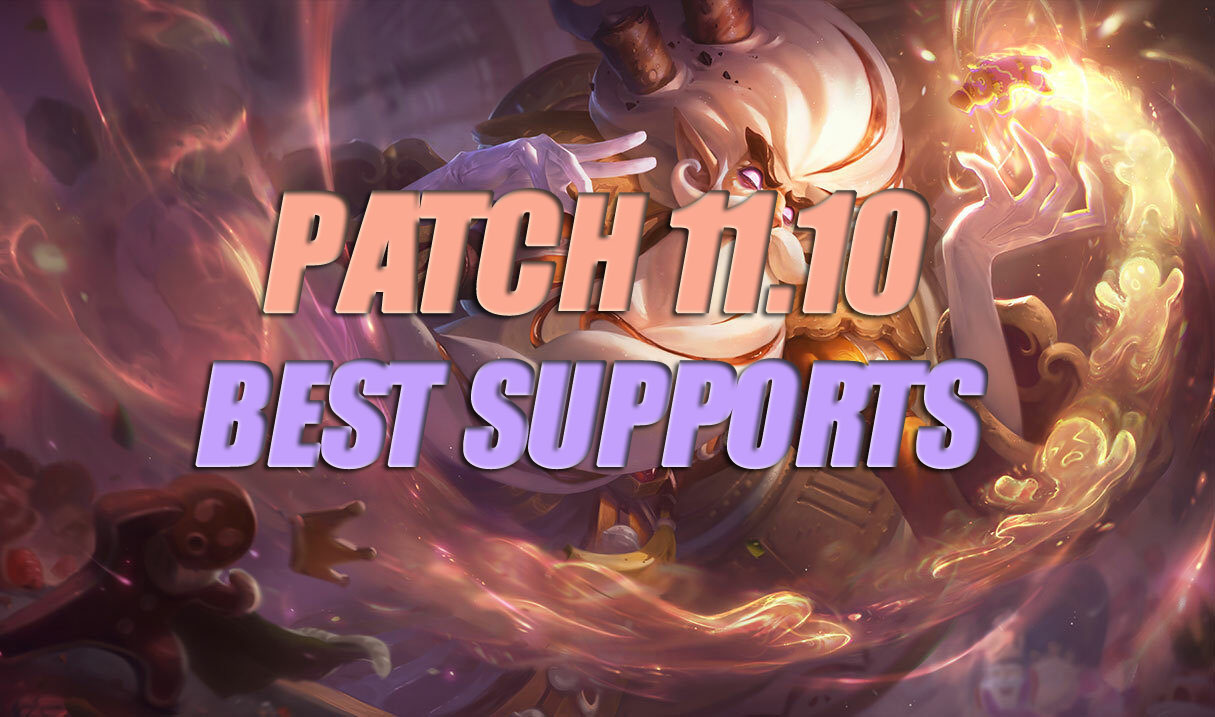 Lulu is one of the few healing-based supports that I think are the best support in the game.

She doesn't get too aggressive herself, but she can use just about all of her abilities to grant her teammate's bonus movement speed, allowing them to close the gap on enemies easily. She is definitely support that wants to sit back and react to what her team does, so don't try to engage in a fight on your own.

She is an insane pick in LoL Patch 11.10 and is our best support of the current meta. Nobody even comes close to Lulu.

Morgana is another unique support. She can easily pin down enemies and deals enough damage to make her a threat.

She doesn't want to start a fight in the early game, even though her abilities are designed to shut down everyone around her. With Morgana, you'll want to play safe until you either stun someone or an opportunity to use your ult arrives. After that, it's a free kill.

Morgana forces her opponents to play safe and behind minions due to her Q range, so she's a good pick against Champions that want to be aggressive all the time.

Sona is the perfect support combo in any bot lane. She can heal, speed up her teammates, and deal damage.

Her auras are very useful in supporting her allies, especially with her Aura of Perseverance, and ability to heal herself, and the most wounded allied champion near her.

Song of Celerity is another useful ability, providing bonus movement speed to nearby allies.

And don't forget her last skill, Crescendo, which can deal damage and stun enemies along its path — a game-altering ability, I must say.

She is one of the best supports to pick in League of Legends.

Alistar is one of the oldest champions in the game and has risen once more and has become one of the premier melee supports.

He can help peel for his ADC and has multiple cc abilities, which help keep his lane partner safe. He is also a strong late-game pick and can initiate fights. His ultimate has a built-in cleanse, which is also key when using in a fight.

He has one of the best support ultimates in the game and boasts the highest pick rate in pro play.

Lux will be one of the most picked supports going into 11.10.

This champion with the Mage-Support role has very high burst damage. Apart from that, Lux also has great power abilities and CC skills that will irritate the enemies.

She already has the highest pick rate amongst all supports, but she also has one of the highest win rates to match to make it even better. Lux's shield utility is invaluable, and her ability to deal damage puts her at the top of the pack.

For more news regarding the League of Legends, make sure to keep reading on our news page. Or you can get lol mobile accounts cheap here while enjoying high-quality, fast, and safe service!