If you're completely new to the game, then you definitely want to choose a champion that is easy to play and doesn't require some crazy difficult skill combos to start League of Legends: Wild Rift.

Marksman is one of the crucial roles in League of Legends: Wild Rift because they are the key to winning games.

So, do you want to know what are the best Marksman champions to get started in League of Legends: Wild Rift?

Here are the best marksmen champions currently in Wild Rift, and they are perfect for new players.


The Easiest Marksman Champion for Beginners

The champions below can deal a lot of damage and provide utility for the team quite early on, and anyone, no matter if they're knowledgeable or not about League of Legend, can play them. These champions are: The biggest change to Ashe in Wild Rift is the ability to steer her ultimate. Enchanted Crystal Arrow is a global ability that launches a huge frozen arrow, damaging and stunning the enemy it hits. Ashe is another great champion for beginners and one of the more powerful marksmen in the game. Miss Fortune is one of the most powerful entry-level ADCs in Wild Rift, and with her "shock" and "awe," she is capable of mowing down the enemy team in the blink of an eye. She has an absurdly high amount of damage from level one onwards. Bullet Time is the most powerful ability in her arsenal.

The Much Higher Impact Marksmen Champion for Beginners

If you're looking for some Marksmen that can have a much higher impact but require a little bit of knowledge about the game, then you can opt for one of these champions: Arguably the most powerful marksman in Wild Rift, Jinx is an excellent champion for both early and late in the game. With her versatile kit, Jinx is capable of dueling close-range enemies or picking her shots from a distance. For newer players or those struggling with the role, Jinx is the perfect ADC to pick in Wild Rift. Varus in in marksman and mage role of League of Legends Wild RIft. Varus is a champion that has high physical damage skill, and can be use for long range, and root ultimate. Vayne is in marksman and assassin role of League of Legends Wild Rift. Vayne has high physical damage passive that can burst a lot of damage, stun, and powerful ultimate. Marksmen like Vayne could be considered "hyper carries", because once they get ahead, it could be quite difficult to shut them down.

Now for the last Marksmen currently available in the game, I would categorize them as "high skill" marksmen. Their kit is not as simple as auto-attacking and casting a skill, and they might require you to pull off skill combos to really make them shine. These are the marksmen that I would not recommend to a complete beginner to League of Legends: Wild Rift: Jhin is considered one of the difficult Champions to play in Wild Rift. The Champion offers equipment very similar to Jinx. His attack can easily get past his opponent with aggressive attacks which will be more advantageous. With traps, long range damage abilities that go through many things, and grenades that hit multiple targets, Jhin has a variety of skills that can deal devastating damage at all distances. Even though the early game can be a little difficult, once you are able to build enough items, Jhin becomes deadly. Ezreal is capable of bursting down opponents in seconds. Boasting the same kit in Wild Rift as in traditional League, players have the ability to kite enemies while setting them up for takedowns with Ezreal's range of damage abilities. Global ultimates seem to be extremely effective in Wild Rift and Ezreal's Trueshot Barrage is no exception. If you are looking for a champion who is easy to play and deals very high damage, Ezreal is a great choice. Kai'Sa is the most complex marksman in Wild Rift. First of all, the abilities in her kit can be upgraded one by one to gain more powerful properties on purchasing items. Moreover, she can go invisible for a short time once you upgrade her third skill, 'Supercharge.' The skill also comes in handy when attempting to escape from certain deadly situations. Her kit's best ability is the ultimate ability, 'Killer Instinct,' which allows Kai'Sa to dash to an enemy champion that has been marked with her 'Plasma' effect.

This is the end of the text, I hope you found it useful. Also, to read more guides to League of Legends: Wild Rift, please continue to follow  https://lolmobileaccounts.com/lol-mobile-accounts. 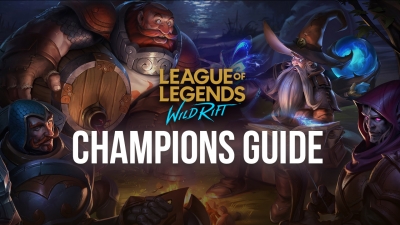 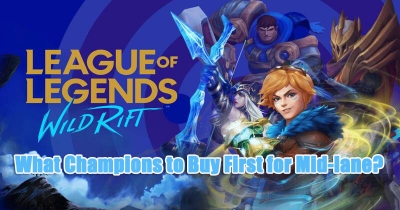 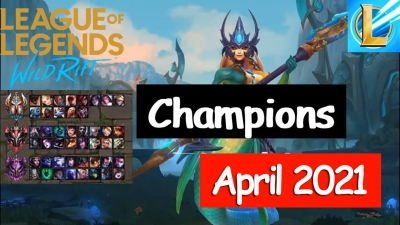 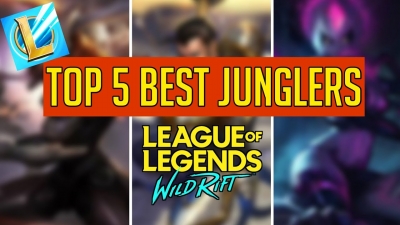